AKOHO - A kitchen OF her own

AKOHO / A KITCHEN OF HER OWN
SHARI PIERCE 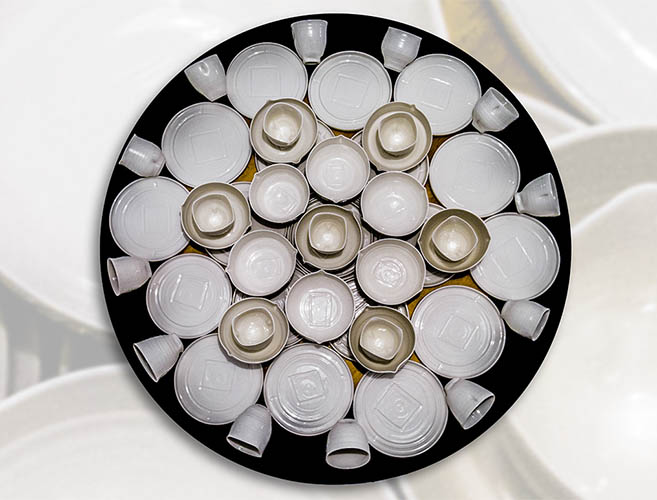 A KITCHEN OF HER OWN by Shari Pierce, Sebastian, Florida
ONE MILLION (item 2392 to item 2470) by Uli Aigner, Berlin, Germany

A KITCHEN OF HER OWN is a consequence of artist Shari Pierce in Sebastian, Florida, in response to violence against
women and girls.
ONE MILLION porcelain is the consequence of being an artist in Berlin, Germany, about life in the digital age.

BOTH PROJECTS ARE MADE OF PURE NECESSITY. 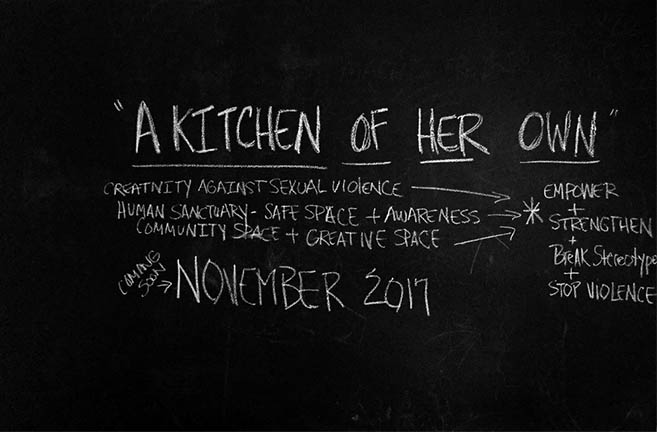 A KITCHEN OF HER OWN is responding to the need to create an open space for women and girls who suffer from
domestic violence, sexual abuse and rape, or experience violence and devaluation based on their gender.

A KITCHEN OF HER OWN is an applied, visionary art project devoted to all those who have experienced violence and
to create change: here, now, in this space in the hope that it has a ripple effect throughout the world in this age of
paradigm shifts. 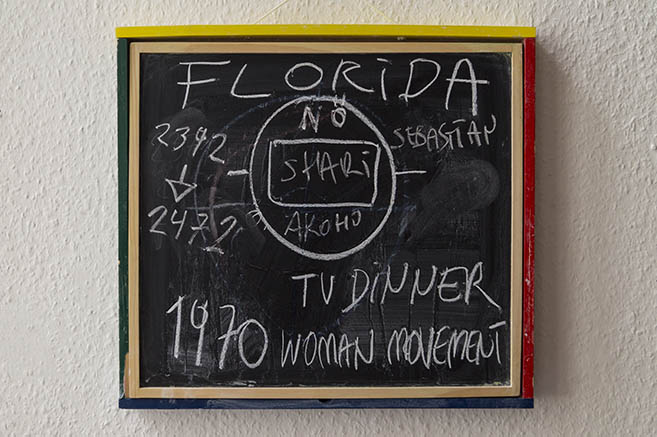 ONE MILLION is my consequence, which I took from my life as a mother of 4 children and as an artist in the 21st Century.

ONE MILLION porcelain vessels, produced with my own hands, for people all over the world, produced for myself and all
who relate to the largest conceivable possible space - a space to act and to be together.

ONE MILLION porcelain vessels will be used for community dinners at Shari Pierce’s A KITCHEN OF HER OWN.
My work becomes one of the objects facilitating communication between those who have suffered violence and at the
same time with those who are active in promoting change and fighting against it. 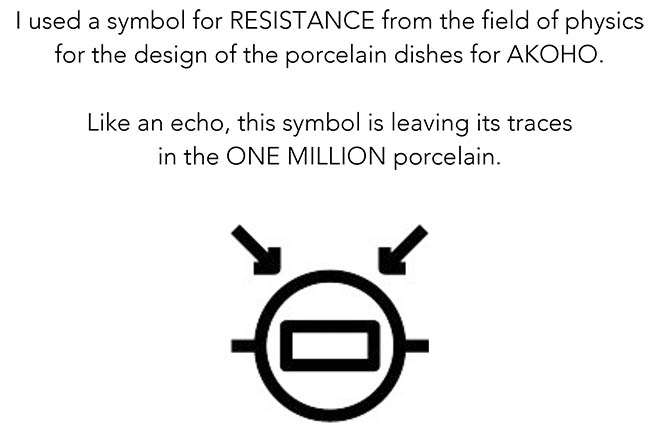 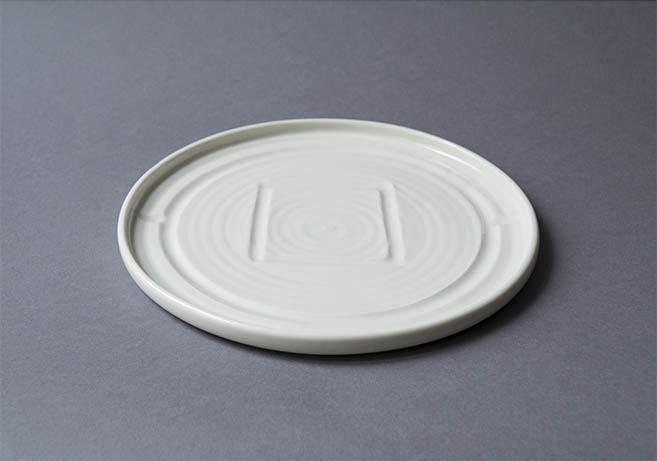 ONE MILLION and A KITCHEN OF HER OWN is the reality of art and its ability to create empowerment. 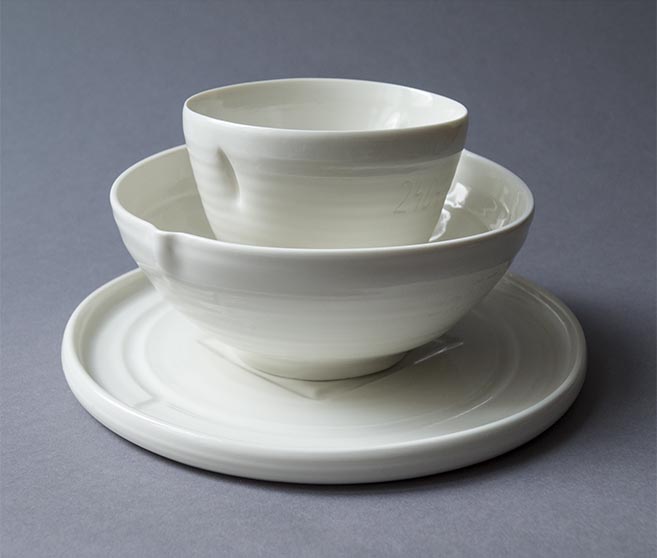 A KITCHEN OF HER OWN (AKOHO) is a social art project to raise awareness about everyday violence against women
and girls. I also seek to answer questions about women’s relationship to the kitchen by using the kitchen as an investiga-
tive experimental creative space. I will examine how diverse meanings and objects contained in the kitchen represent and
contribute to questions about society, economics, ethics, personal mobility, identity and creative expression.

Food has been an important subject in art as long as humans existed. It is a way to communicate between people and a
form of creative expression. Food can also be a performance- cooking, serving, eating and the rituals involved. Kitchen
objects and utensils can reflect the power of tradition and evoke vivid memories in the mind of the narrator.

The official launch date is November 25th, 2017 coinciding with the „International Day for the Elimination of Violence
Against Women“.

On December 2nd, AKOHO will Present the interactive installation ONE MILLION by Austrian Artist Uli Aigner. 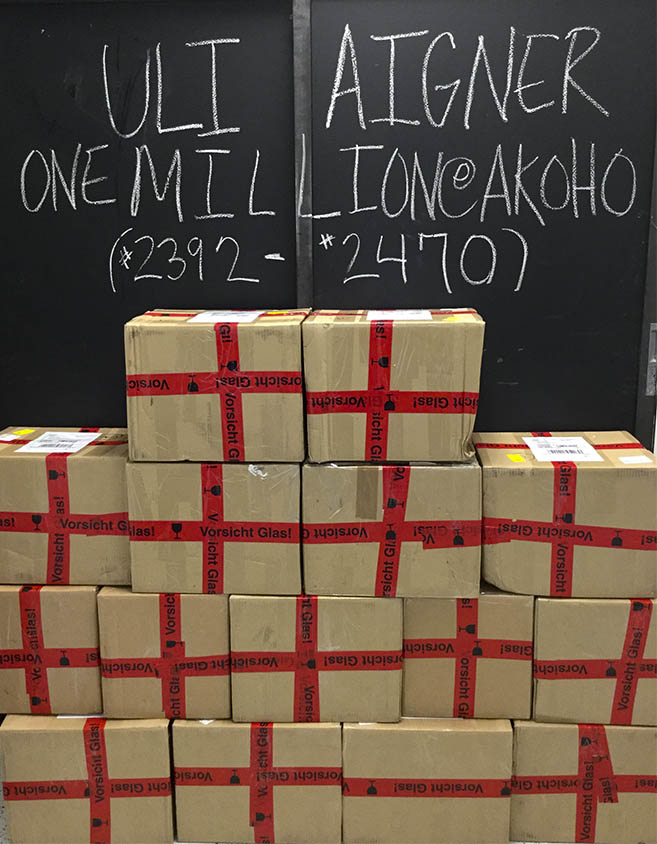 Uli Aigner creates vessels that cover the entire range of a household’s eating utensils: mugs, cups, bowls, jugs, plates
and accessories such as egg cups, strainers, teaspoons, etc. She states „Pottery is highly concentrated matter. The cer-
tainty of been able to make a commodity out of a piece of damp earth that anyone may need anywhere in the world, at
any time, connects us with the entire history of human development“. 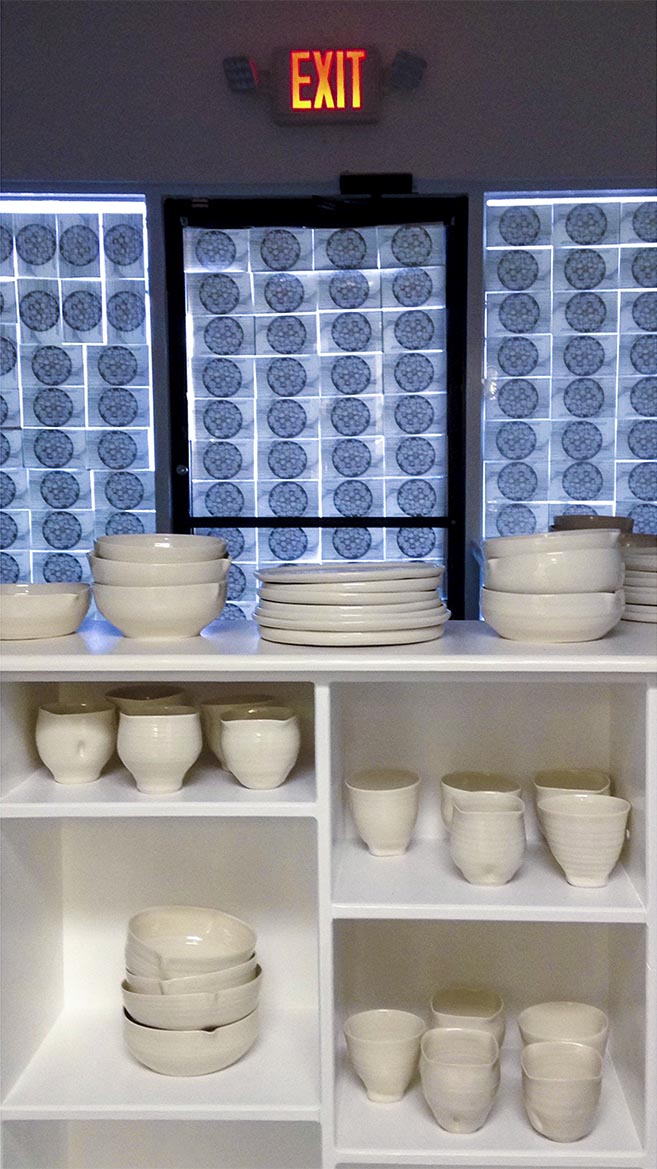 The collaboration between A KITCHEN OF HER OWN and ONE MILLION is a highly interesting and relevant form of ex-
change between two female artists, continents, cultures, space/objects and positive artistic-activism in society.

Aigner has created the porcelain dinnerware for 20 women that will be permanently installed at AKOHO.

As part of our collaboration we will host a private dinner that brings 20 women together that are survivors, activists, artists,
first responders and business leaders in the community that have an invested interest in eliminating violence against wo-
men in their local communities. Through my kitchen and her porcelain we create a space and begin the conversation for
social change. 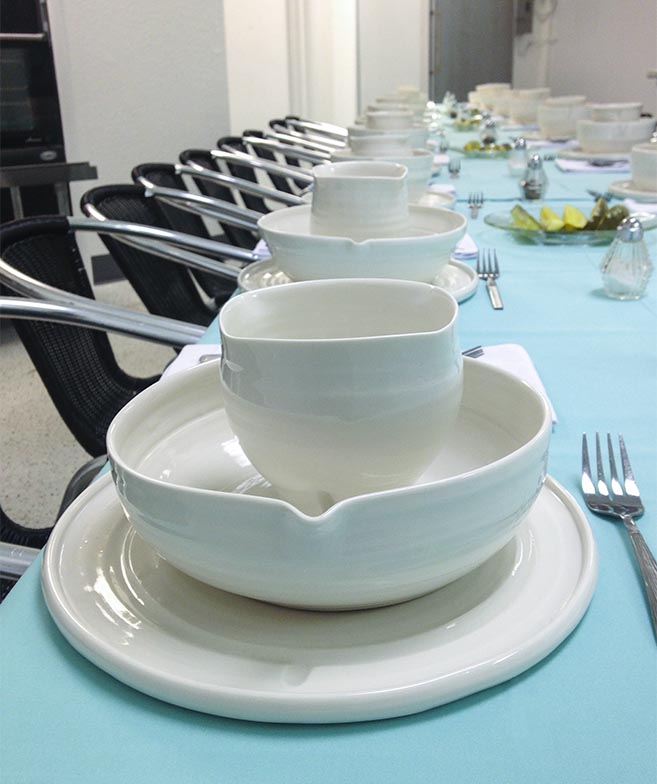 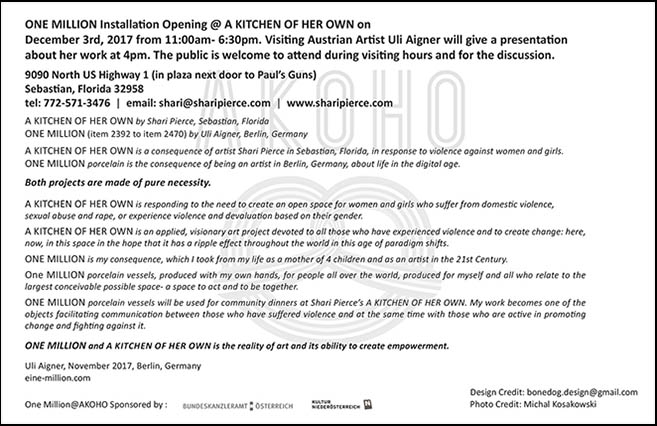 ONE MILLION @ AKOHO is supported by